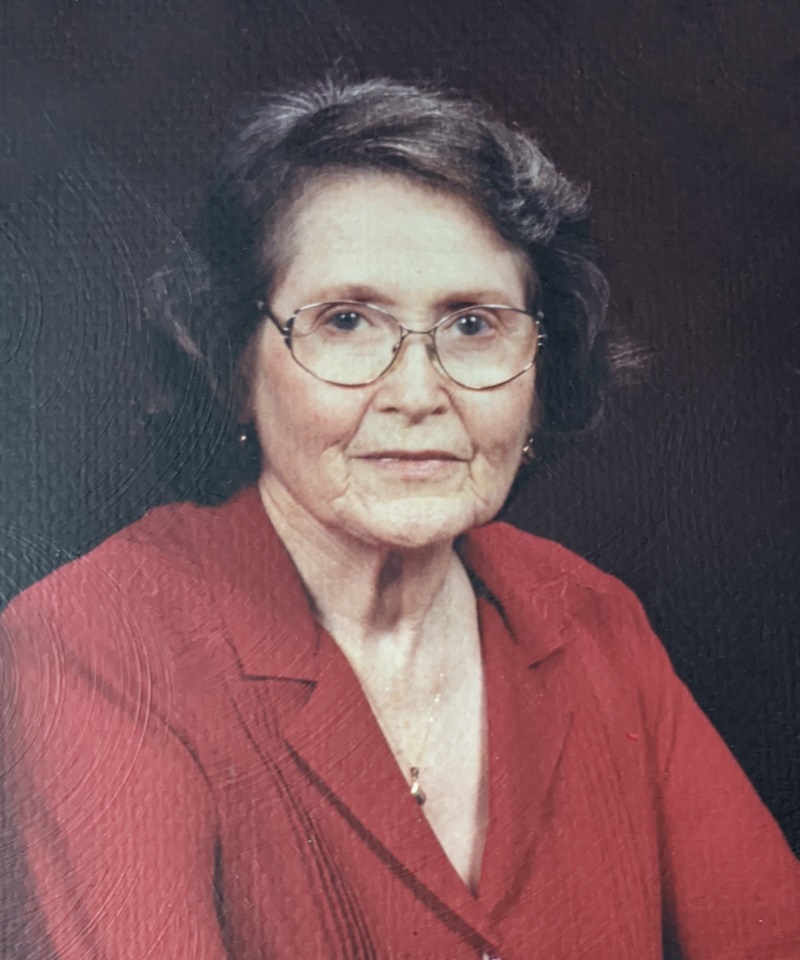 Dorothy Mae Cummings (nee Amlin) was born on July 29, 1918, in Fannin County, Texas, one of four daughters of James and Mildred Amlin. She passed away peacefully on October 9, 2020, in Austin.

She was married to James McGuire, who served his country during World War II and passed away in combat. She was later married to Harold L. Cummings, who passed away in 1991 after a career serving Southern Baptist churches in Grayson and Fannin Counties, and in southern Oklahoma.

She loved her family farm, near Ector, and she worked tirelessly with families in the churches where she served. The love that she showed to her family will not soon be forgotten. Her love for animals extended to a succession of fortunate dogs (most of them named “Lulu”).

Services will be held at Carson Cemetery, near Ector, on Saturday, October 17, 2020, at 2:00 P.M. In lieu of flowers, the family requests donations be made in Mae’s name to the American Cancer Society or the ASPCA.