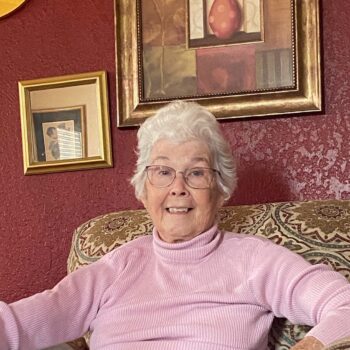 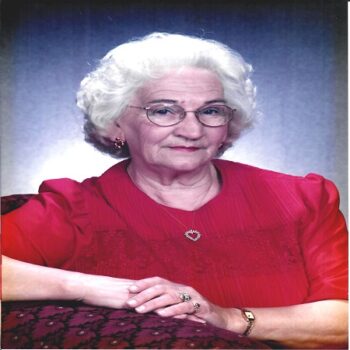 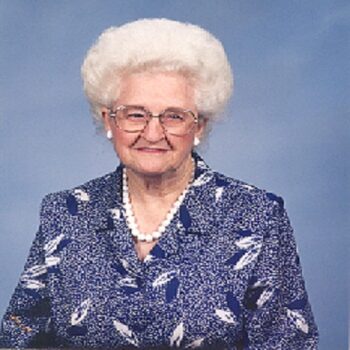 January 8, 2021 at 2PM at Sunnyside Cemetery in Savoy, Texas 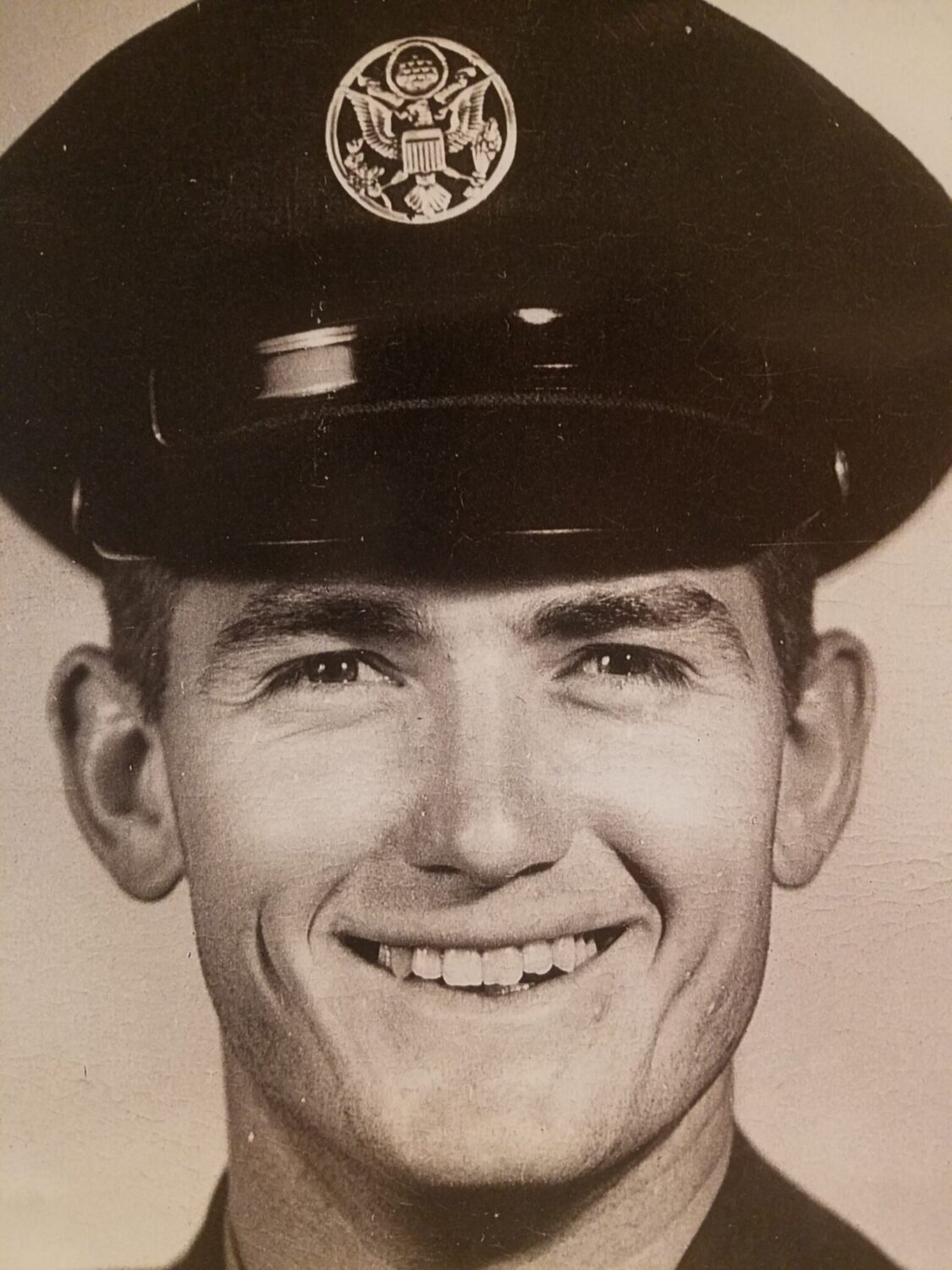 Preceded to the Lord by his beloved wife and best friend Barbara Sue, his mother Grace and father Max; grandson, Scott Holland.  He is loved and will be missed by his children, grand-children, and great-grand-children; daughter, Cindy and her husband Larry Holland; son, Michael Arterberry and his wife Katrina; grand-daughter, Samantha and her husband Josh Garrison; great-grandsons, Colten and Kaden Kumler and Logan Garrison.  Max and Sue had several nieces, nephews and cousins that ranged throughout the United States many of whom were always in contact.

Max was born in Sherman, Texas. and raised in Savoy.  He attended school in Savoy and worked at an icehouse in Sherman.  His mother and father owned and operated H.H. Arterberry and Son Dry Goods in Savoy that was established by his grandfather Horace Hunley Arterberry in 1880.  Max’s great grandparents Benjamin Franklin Arterberry and his wife Nancy moved to the Savoy area in the late 1850’s from Tennessee and had several sons and daughters, one of which was Thomas E. Arterberry publisher of the Savoy Star newspaper.  Max’s maternal family, the Peacocks, resided in the Sherman area since the late 1800’s.  Max often told of his fondness for his Aunts Sarah Terry and Myrtle Peacock, a teacher at Austin College, Uncles Duncan Peacock, Harry Peacock, who was killed on the Island of Peleliu during World War II, and most notably his relationship with his beloved namesake Edgar Peacock, who was Post Master in Sherman for several decades.

After graduating high school in 1948, Max attended the University of North Texas where he studied Geology, worked at a meat-packing plant and on a survey crew.  He always enjoyed the outdoors.  A career of studying the land and how the earth worked just seemed to fit his personality.

With the onset of the Korean War, Max and a high school chum toyed with the idea of joining the Marine Corps.  Ultimately enlisting in the Air Force, he was stationed in Florida, Washington State, and on the Island of Okinawa.  He was trained as a Specialist Radar and attained the rank of E3.  It was very common when a severe storm came through one would hear him start with “I know I’ve told you this but ….” and he would retell the stories of how the Air Force brass would wait until a hurricane would be right on top of the Island before his crew would be ordered to climb the radar tower and begin to disassemble.  He enjoyed his time in the service.  He liked talking about his visits, along with his friend and high school pal Sam Guerra, to Japan.  One of his favorite stories was how his mother had the pastor, superintendent, and anyone that would, write him and scold him for not writing his mother even though he had told her he wouldn’t be sending or receiving mail for at least 3 weeks.  Upon his disembarking from his “slow boat to the Far East”, he was greeted by lots of mail.  His favorite memory may have been watching Chuck Yeager fly a captured Russian MiG fighter jet against a U.S. Sabre so the N.A.T.O. forces could establish the strengths and weaknesses of the Soviet jet.

Max used the G.I. Bill and attended the University of Texas at Austin. He graduated from the School of Pharmacy in 1958 and acquired a lifelong love of all Texas Longhorns athletics.

It was in the late 50’s that Max met the lady that would become his wife and best friend Sue along with her wonderful daughter Cindy while he worked in Garland, Texas.  The joy and laughter Cindy and Sue brought into his life was something he would always cherish.  Max and Sue married in Garland on October 9, 1963.  They made a great team and Sue often schooled him in most activities and he loved telling of her out shooting him in clays.   She was a formidable athlete.   After the election of John Kennedy to the Presidency Max started a hobby/habit that would define him for the rest of his life, exercise.  Running was a passion and in later years the stationary bike.  It was very common to hear a local’s first-hand accounts of a man out for a run, miles from town.  No matter the weather; rain, sleet, or heat; or time of day he ran.

Sue and Max called Garland their home for many years and were surrounded by much of Sue’s family.  Her brother Bill, sisters Laverne and Juanita and their children played an enormous influence in their lives.  In September of 1964 they welcomed their son, Michael. In July of 1970, Cindy blessed them with a granddaughter, Samantha.

Max, Sue and Michael relocated to Savoy in 1971 and were soon followed a few years later by Cindy and “Mandy”.  Max began a 23-year long stint in the pharmacy at Wilson N. Jones Memorial Hospital.  While working at the hospital he began a custom of donating blood.  He had a coffee mug celebrating his 6th gallon of donated blood.  The 70’s saw the family weather the highs and lows of life. The loss of his father, Max, and the dissolving of H.H. Arterberry and Son Dry Goods store to the welcoming of a son-in-law, Larry Holland and his son Scott.  Though many things were, humor was never in short supply.  Laughter was always the best medicine.

Max found time to be involved in the Savoy Methodist Church, and local Boy Scout adventures.  He and Sue, along with many others, were very influential in the establishment of organized baseball coming to Savoy.  Max’s mother, “Budgie” donated land to the Savoy Baseball Association that would later become Arterberry Field; a gift that has benefitted the youth of Savoy for more than 40 years.  Many from the area have played baseball and softball there, watched their children and their grandchildren play there.

Max battled cancer from the early 80’s until his death and mourned the passing of his grandson Scott in 1988.  Max, like his mother, who transitioned in the early 90’s, always felt a responsibility to donate to needful organizations.  From groups helping fight disease to groups helping children he would do what he could.  Max would quip that he and Sue always had an identity, be it Mike’s parents, or Mandy’s grandparents or just Mooches mom and dad.

The Arterberry home was made even warmer when Mandy blessed them with great grandsons, Colten and Kaden.  Max and Sue drew comfort in the fact that Cindy, Larry, Mandy and her boys lived so close.

Michael introduced Katrina Steele to the family in 2012 and true to their nature she was welcomed with open arms.  Max and Sue looked forward to family Christmas parties.  Katrina never tires of telling how her sides hurt from laughing so hard at family events.

Max and Sue celebrated their 50th anniversary in 2013 with friends and family.  Struggles with health eventually took Max’s love away in 2014.  He was weakened by the loss, but he would say strength of family and the knowledge he would see Sue again blessed his life.

Max found a spiritual home at the Virginia Point Methodist Church.  There Rev. Louella Williams, her family, and the other members of the church brought a needed peace into his life.  Max felt the church was an important part of life and throughout life he wanted to continually increase his spiritual growth by way of books or conversation through fellowship.

The final years of Max’s life were full ones.  When his health would allow him, he enjoyed going and visiting family on camping trips.  He visited Dodge City, Kansas, Yellowstone National Park, Royal Gorge, Colorado and Galveston Island.  He watched in amazement at the hundreds of hot air balloons floating by at the Albuquerque Balloon Festival.  He ate oysters and listened to live jazz on Bourbon Street as well as toured the National World War II Museum in New Orleans.  He enjoyed shrimp boils, red beans and rice, peanut butter, and never turned down a cup of coffee.

It is not without irony that on December 27, 2020 that a person with so much heart and so much to give succumbed to congestive heart failure.  He was joyful and thankful till the end.  He was speaking to family and wishing all a Merry Christmas.  His last conversations were of his going to stay at his son and daughter-in-law’s home to recuperate and ride the Peloton bike.

It was Max’s request that in lieu of flowers a donation of any amount be made to Sunnyside Cemetery PO Box 153 Savoy, Texas 75479.  His services will be graveside in Sunnyside Cemetery on Friday January 8, 2020 at 2:00 p.m. Rev. Louella Williams will kindly be officiating the services.  Due to Covid-19, masks will be required at the graveside service. Social distancing is requested.

Thank you to everyone who called, texted, or expressed their sympathy on Facebook.  Thank you to all that have lifted Max and his family up in thought and prayer.  Your kindness is treasured.

He will be greatly missed.  Rest in Peace Max Edgar Arterberry.