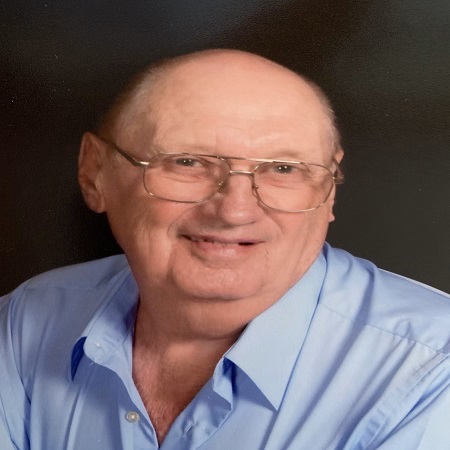 Thomas “Tom” Larkin Ford, 78, of Savoy, Texas, passed away on January 2, 2020 at Baylor Heart Hospital in Plano, Texas, after fighting the most heroic battle of his life, proving to everyone that he truly was a “tough ol’ Ford”.

A “Celebration of Tom’s Life” will be held at 10:00 AM on Monday, January 6, 2020, at Hebron Baptist Church in Bells, Texas, with Pastor Russell Clemons and son, Jason Ford officiating. Interment service will follow at the Hebron Cemetery.

Tom was born in Leonard, Texas, to Jimmie Ford and Jewel Murray Ford on October 6, 1941. He went to school in Bells, Texas, and as a young entrepreneur, started his own business making and selling ice in Bells, Texas. This was just the first indication of what a wonderful provider he would grow up to be for his family.

He married Velma Moore, the love of his life, on September 1, 1962 at Parker Grove Baptist Church in Ravenna, Texas. According to Velma, Tom won her over with his “good looks, sweet talk, and amazing kissing skills”. After their marriage, they moved to Houston, and Tom worked at Southwestern Bell Telephone until they moved back to their small town roots in Bells, Texas.

Tom later went to work for General Motors in Ft. Worth, Texas, and after leaving there, he and Velma moved home to Savoy, Texas, for the remainder of their marriage. Tom was always drawn to working on motors of any kind, including his mom’s single cylinder gas washing machine at 6 years old! Aside, from some short stents working for Ford Dealerships in Whitewright and Bonham, he spent most of his career as a self-employed, highly trusted auto mechanic. Upon “retirement”, Tom spent several years working on lawnmowers and tractors right up until the day he was admitted to the hospital. No matter what, Tom’s utmost priority was to provide for his family, and he did that without question, every single day of his life.

Tom is preceded in death by his parents, Jimmie and Jewel Ford and his son, Brian Larkin Ford.

In lieu of flowers, donations to the Tom Ford Benefit Fund at Cendera Bank in Bells, Texas, would be greatly appreciated. The family wishes to extend our most sincere and heartfelt gratitude to all of the doctors, nurses, and therapists at Baylor Heart Hospital in Plano, Texas, who took such meticulous care of our husband/dad/pawpaw for the past 9 weeks and 4 days of his life here on earth. Words cannot express how deeply moved we are by the outpouring of love and support from a whole host of family and friends.